What is positive pressure breathing?

Positive pressure refers to the way artificial ventilation ‘inflate[s] the lungs’ (Hess & Kacmarek, 2014). ‘Normal breathing depends on drawing in air to the lungs by creating a partial vacuum inside the chest cavity’ (Baker, 2016: vi). The mean airway pressure, an average combined of ‘the amount and duration of pressure applied during’ expiratory and inspiratory phases in normal breathing is negative (Hess & Kacmarek, 2014: 420 ebook). See the article on negative pressure breathing for more information. Intermittent positive pressure ventilation, on the other hand, is for inspiration the ‘exact reverse of this process with air being forced into the lungs’ (Baker, 2016: vi).

Positive pressure ventilation includes the use of bag-valve-masks, but the majority of this article will focus on the ventilator.

What is Negative Pressure Breathing?

The Discovery of Negative and Positive Pressure Ventilation

What is the relief pressure dial on the ventilator? 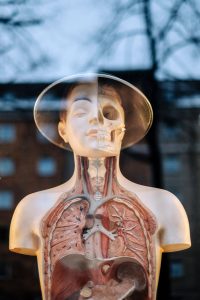 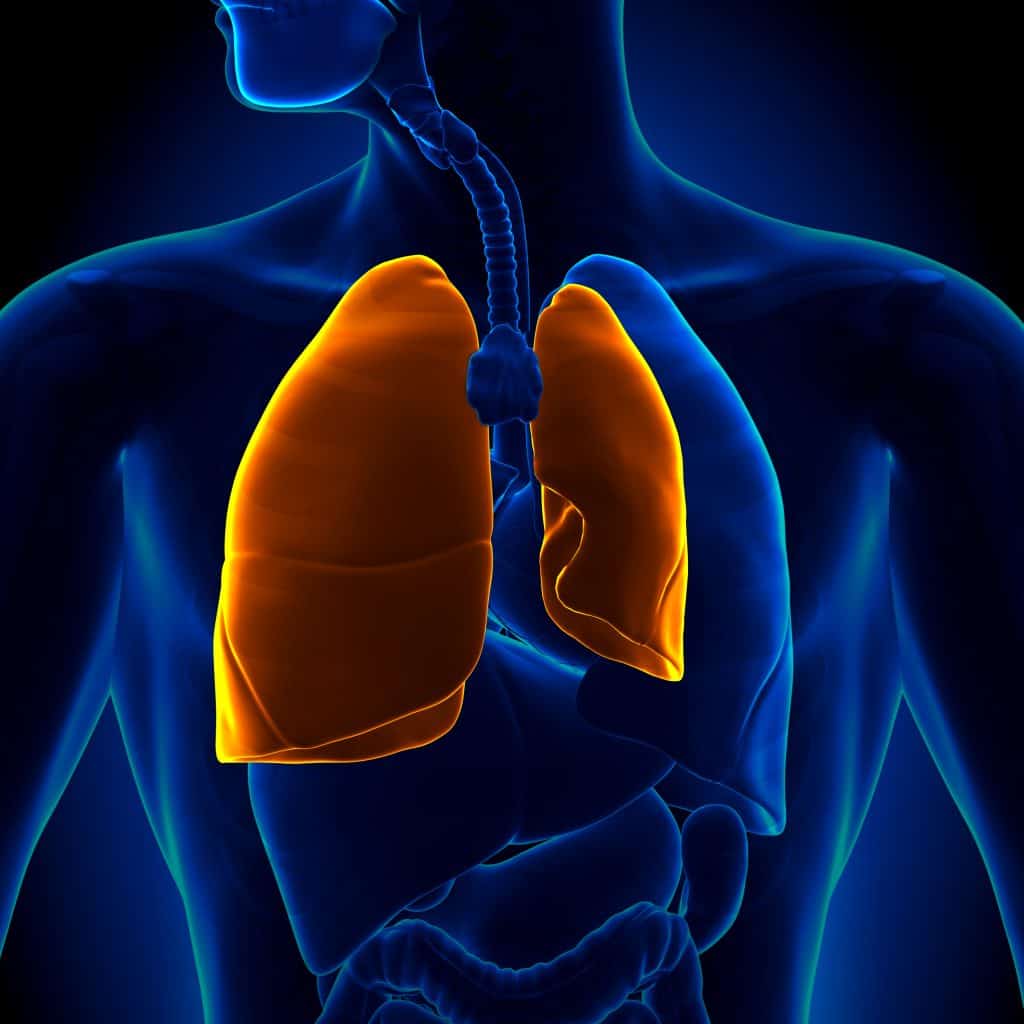 So, inspiration occurs when air is ‘forced into the lungs’ (Baker, 2016: vi). Expiration, however, occurs when ‘the ventilator stops delivering a positive pressure and the patient breaths out passively, as in normal breathing. This passive expiration (E) is ensured by the elastic recoil of the lungs and the chest wall’ (Baker, 2016: 108). The timing is aided by a ‘pneumatic oscillator’ (Baker, 2016: 22).

Early ventilators had a ‘lack of interactivity with the patient’s own breathing efforts if there was only partial respiratory failure’ (Baker, 2016: 22) but modern ventilators tend to have different modes to account for this and additional settings beyond a simple tidal volume dial. In particular, ventilators feature a ‘demand valve’ which detects when a patient takes a breath (Baker, 2016: 22). There are also settings for tidal volume and ventilation frequency. These settings will be discussed in upcoming articles.

Read more: What is the relief pressure dial on the ventilator?

The Positives and Negatives

The Positives and Negatives

The main positive effect of artificial ventilation is fairly obvious: it assists with the ventilation of a patient who is completely or partially unable to breathe normally. There are however a number of negative effects created by positive pressure ventilation. Related to these is the fact that mechanical ventilation can cause ‘heterogeneity’ of the lungs, meaning that ‘some lung units are prone to overdistension and others are prone to collapse’ (Hess & Kacmarek, 2014: 493). These are part of the reason most ventilators have relief pressure settings. This setting will be discussed in an upcoming article. You can check back here for the link.

Positive pressure ventilation can cause or effect the following:

The following are unavoidable results of ventilator use:

This pressure is normally lowest ‘during inhalation’, so venous return would be highest. But with positive pressure ventilation, ‘venous return is greatest during exhalation’ as opposed to inhalation (Hess & Kacmarek, 2014: 513-520).

Increased intracranial pressure
…in head injury patients, due to ‘a decrease in venous return, which increases intracranial blood volume and pressure’ (Hess & Kacmarek, 2014: 540).

Pneumonia may occur, especially due to invasive ventilation which is the form in emergency practice (non-invasive refers to ventilatory support such as CPAP). It ‘results from aspiration of oropharnygeal secretions around the cuff of the endotracheal tube’ (Hess & Kacmarek, 2014: 499).

The following can occur as a result of ventilator settings:

Positive Pressure Ventilation’s typical effect is to decrease capillary shunt by improving ‘the distribution of ventilation, particularly by improving the ventilation of previously underventilated areas of the lungs’ (Hess & Kacmarek, 2014: 427-446)

Despite the above improvements, if the settings are not ideal hypoxemia can result. This is the same outcome as a shunt but would in this case be caused by ‘redistribution of pulmonary blood flow to unventilated regions’ due to ‘overdistension of some lung units’ (Hess & Kacmarek, 2014: 324). Positive pressure ventilation can also increase anatomic shunt (Hess & Kacmarek, 2014: 441)

Also due to incorrect settings, the following can occur as a lack of pressure or volume:

Atelectasis occurs when the pressure or volume during or after artificial ventilation isn’t enough to inflate the lungs –> complete or partial collapse.

Atelectasis ‘is larger with obese patients and when a higher fraction of inspired oxygen (FI02) is used […]. During mechanical ventilation […] atelectasis may occur when lungs are underinflated due to low tidal volumes, or when compression occurs (such as patient position or obesity)’ (Open Anesthesia, 2017). If the volume or pressure isn’t enough to ‘prevent the alveoli from collapsing’ (Open Anesthesia, 2017) then regardless of ventilator type (pressure vs volume controlled) atelectasis may result.

The following can occur as a result of apparatus setup:

Dead Space can be increased by mechanical ventilation (Hess & Kacmarek, 2014: 471). It may be ‘reduced by an artificial airway (ETT) but is increased by increasing distance from the end of the ETT to the means of evacuating CO2 in mechanical ventilation’ (Baker, 2016: 111). Size, age, upright postures and neck extension also increase it (Baker, 2016: 111).

The following can occur due to overdistension:

Barotrauma = ‘alveolar rupture due to overdistension’, which can cause numerous problems including pneumothorax (Hess, 2014: 480). Volume generators have a ‘safety valve which activates at a preset pressure’ to avoid barotrauma’ (Baker, 2016: 118). This will be discussed in an upcoming article.

‘A spectrum of modes exist between total artificial ventilation and a patient who is still breathing spontaneously but with reduced efforts’ (Baker, 2016: 105).

Issues
‘The problem of pressure generation is that it cannot guarantee an adequate Vt [volume] in situations where the lung mechanics are abnormal or where a guaranteed Vt is required due to life-threatening hypoxia. They are therefore not suitable for most emergency ventilation, with the notable exception of neonatal and infant ventilation where flow generators are contraindicated due to the fragility of the lung tissue’ (Baker, 2016: 118).

Additional Types
Most ventilators switch from inspiration to expiration by ‘time cycling’ (Baker, 2016: 119). However, this can also be due to volume or pressure cycling. The time cycling ratio is usually 1:2 for I:E, in other words the expiration time is twice as long as the inhalation time. ‘Ventilation modes can best be understood as a spectrum describing the work of breathing done by the ventilator and by the patient’ (Baker, 2016: 122.

The modes are: Controlled Mandatory Ventilation, in which ‘ventilation is provided entirely by the ventilator’ (Baker, 2016: 122), Assisted Controlled Ventilation which is fairly self-explanatory, and Synchronised Mandatory Ventilation, in which ‘the patient’s respiratory efforts in initiating a ventilation are synchronised with ventilations provided automatically by the ventilator.’ This is best used to supplement the patient’s efforts. It’s otherwise known as ‘assist-control’ and is typically found in ICU. (Baker, 2016: 123).

In portable ventilators the modes are:
Intermittent Mandatory Ventilation, Synchronised intermittent mandatory ventilation, and synchronised mandatory minute volume but only the latter two are still in use. The second overcomes the problems of the first, ensuring that breaths are supplemented by the ventilator and that supplemented breaths are activated only when there is a certain trigger e.g. low pressure. There is a modern, more complex version of this now in use in hospitals but this may exist in emergency ventilation practice to assist a patient who is ‘in partial respiratory failure’ (Baker, 2016: 124).

Because there is an issue of the ventilator being unable to tell the difference between dead space ventilation and alveolar ventilation, Pneupac have modified the above with a series of Ifs (if the patient takes a breath, if there is no further breath, if the tidal volume is too low, etc) that adjusts settings accordingly (Baker, 2016: 124). There are more modes that exist for ICU ventilators, which tend to be a lot more complex in design (Baker, 2016).

Read about the solution: What is the relief pressure dial on the ventilator?

CPAP is also a form of positive pressure breathing and is designed ‘to improve oxygenation in lungs that may not be exchanging oxygen with the blood adequately’ (Baker, 2016: 126). There is a constant pressure in CPAP, versus ‘different pressures during inspiration and expiration’ in BIPAP’ but both are designed to allow the patient to do all the work of breathing. They merely increase oxygen and make inspiration easier while increasing the work of expiration. ‘Breathing with CPAP has been compared to the sensation of breathing against a very strong wind’ (Baker, 2016: 128). They ‘open up (recruit) alveoli in the lungs that may be non-ventilated.’ (Baker, 2016: 127). Both push back fluid ‘into the circulation via lymphatic drainage of the lung interstitial space’ and increase ‘the diffusion of oxygen into the pulmonary capillaries’ (Baker, 2016: 127).

Positive End Expiratory Ventilation applies ‘a positive pressure to the patient during the expiratory phase’ to ‘increase the functional residual capacity of the lungs and thus the efficiency of oxygenation of the blood’ (Baker, 2016: 126). ‘In order to be able to deliver a set tidal volume against variable lung compliance and airway resistance, resuscitation ventilators should be time-cycled, volume preset flow generators’ (Baker, 2016: 132). 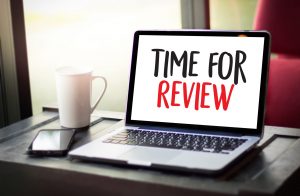 This post is yet to be peer reviewed. Please get in touch if you have any comments.