The Discovery of Negative and Positive Pressure Ventilation – Fast Fact 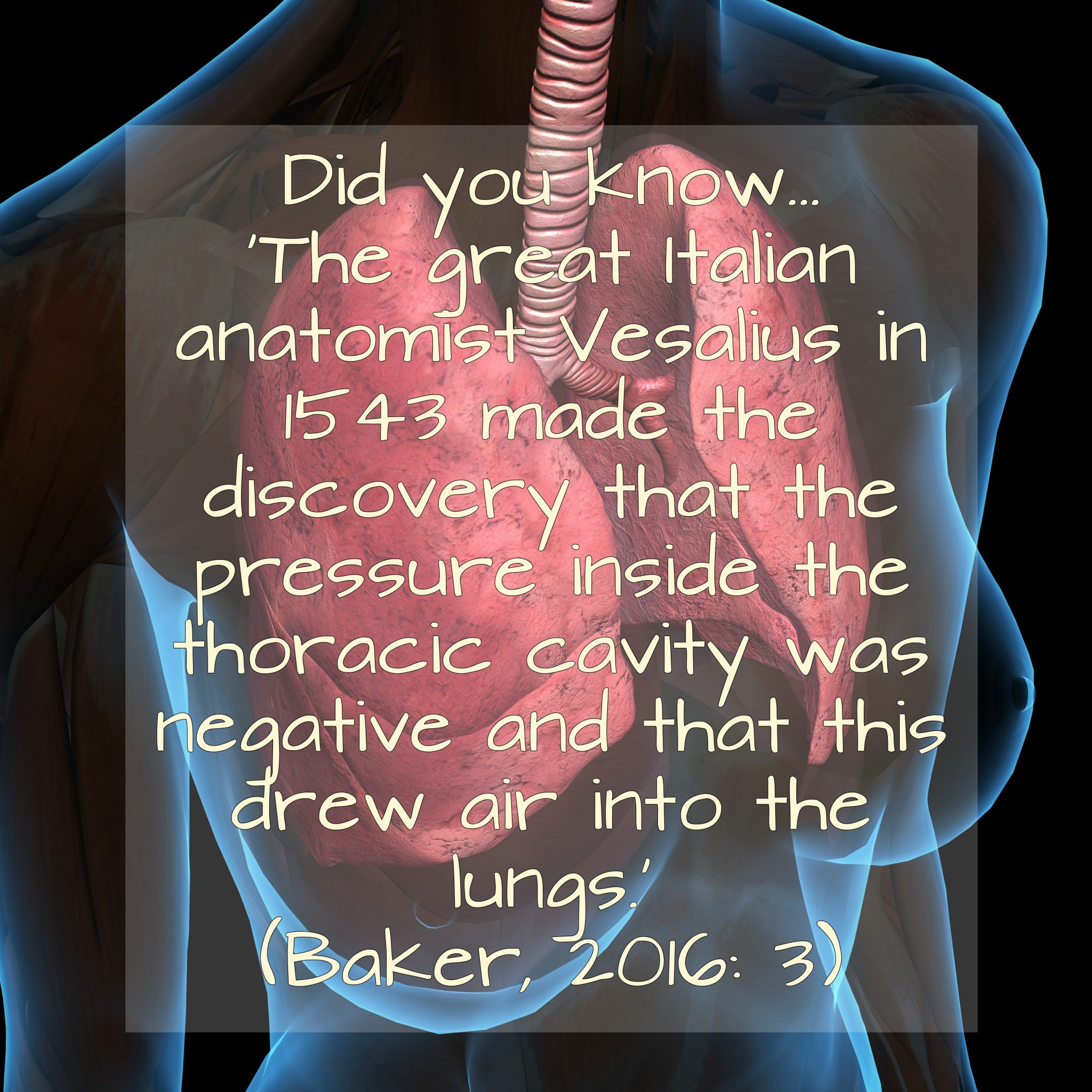 ‘He opened the chest of a live animal and noted that air rushed in and the lungs collapsed, following which the heart stopped’ (Baker, 2016: 3).

His experiment was actually repeated in 1667 by one Robert Hooke. He used positive pressure ventilation to keep a dog, whose chest had been opened, alive. This was ‘the first demonstration that it was the gas entering and leaving the lungs which supported life and not the movement of the lungs themselves’ (Baker, 2016: 3-4).