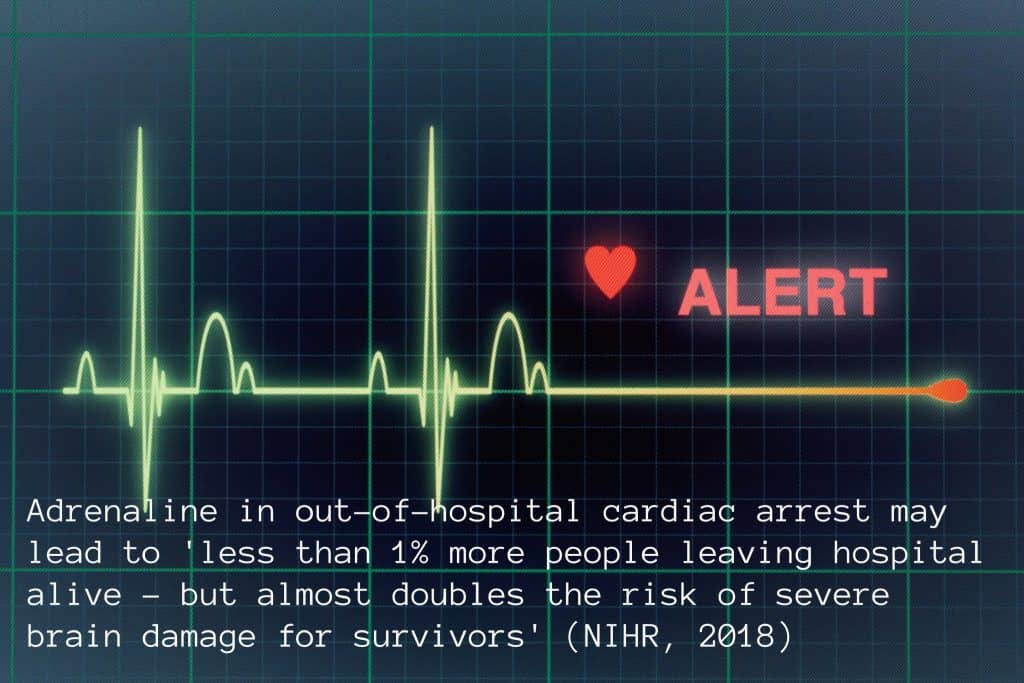 ‘For more than 50 years, treatment strategies have included the use of various drugs, but there is limited evidence that such treatments are effective’ (Perkins et al, 2018).

Now the PARAMEDIC-2 trial results are in…

Exclusions to the trial

‘the benefits of epinephrine that were identified in our trial are small, since they would result in 1 extra survivor for every 112 patients treated. This number is less than the minimal clinically important difference that has been defined in previous studies.29,30 Among the survivors, almost twice the number in the epinephrine group as in the placebo group had severe neurologic impairment’ (Perkins et al, 2018).

Perceived limitations include: ‘Information about the quality of CPR was limited to the first 5 minutes of cardiac arrest and involved fewer than 5% of the enrolled patients.’ (Perkins et al, 2018)

Further limitations to consider could be: